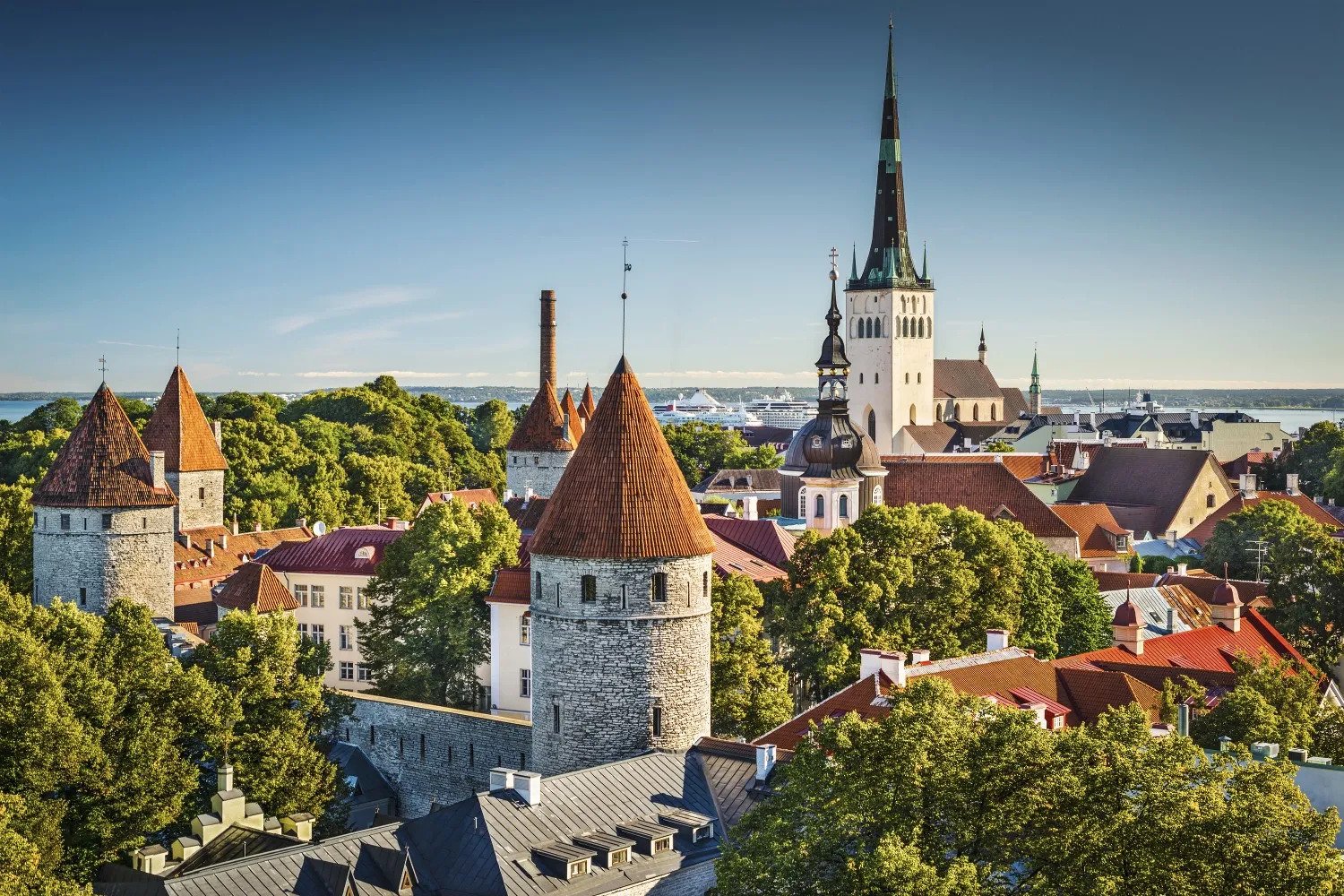 For almost a decade now, countries, cities, and companies have been pledging themselves towards a “smarter” and brighter future. This includes launching government programs, venture funds, and country-wide challenges. As a result, these focused missions have sparked collaboration across several industries and countries to build, deploy, and test innovative smart city solutions. In this post, I want to highlight just two standout examples and some big takeaways other cities can imitate or learn from.

The Software as a Service(SAAS) model revolutionized business as we know it, transforming industries and making it easier than ever to start a company. Estonia has taken the world by storm, by being the first to offer Country as a Service (CAAS?).

After the collapse of the Soviet Union in 1991, the tiny Baltic nation of Estonia had to rebuild itself – and citizens jumped on a unique opportunity to build something free, open, accessible, and incredibly efficient. Estonian leaders witnessed the boom of the Internet and invested in building an ‘e-Society’. Within a few years, all Estonian schools had computers and began teaching children how to code. By the year 2000, Estonia became the first country to declare Internet access a basic human right, alongside food and water. Declaring that digital signatures were just as valid as handwritten ones accelerated their society’s advancement by wiping out the need for paper in any government process.

At birth, Estonians are assigned a unique 11-digit identifier and card to use for all their needs – healthcare, education, voting, baking, alongside 80 other supported services. Estonian citizens can pay taxes, sign up for a mortgage, or open a bank account online in minutes. They can even start a company in just under half an hour.

Given Estonia’s reliance on digital services, one might wonder what steps they have taken to protect their information. In 2007, Estonia was the victim of a brutal cyber attack from Russia, causing banks, several public services, and even their Parliament to go offline. This led the country to awaken and scramble to strengthen their defenses.

They have built the world’s first data embassy in Luxembourg. It’s a massive storage center with servers housing a full backup of Estonia’s data, allowing them to “reboot the country” in case of another attack.

As of 2012 onwards, their digital infrastructure runs completely on blockchain technology they call X-Road. Their distributed database acts as a public ledger that can never be erased or rewritten, giving each citizen more control over their data and doesn’t allow tampering by any third party, even their government. If this sounds familiar, that’s because this is the same technology that enables cryptocurrencies like Bitcoin.

‍
Blockchain has streamlined their society’s efficiency by directly linking services behind the scenes without the need for excessive processes. An example used in the video below is that when a baby is born, information is sent directly from the hospital to the population register, and then to the health insurance fund automatically. X-Road is estimated to save more than 800 years of working time for the state and citizens annually.

With just 1.3 million residents (about the size of Dallas), there’s vast capacity in Estonia’s systems to serve millions more to accelerate economic growth. Estonia’s CIO, Taavi Kotka, introduced the concept of E-Residency to the world in 2014.

By providing electronic residency cards, he is hoping to attract foreigners to create and run businesses out of Estonia. By repositioning the country as a tech startup and offering select state services and efficiencies as products, Estonia is bringing in businesses and e-residents from over 143 different countries.

Estonia was fortunate to be given a clean slate at the cusp of a digital revolution – and they have done an incredible job of taking full advantage of it.  Seeing this unfold in the United States might take significantly longer, where we carry loads of technical and legislative debt that would require a massive undertaking to undo.

People have been talking about infrastructure paired with software and intelligence for years now, but Hangzhou in China’s Zhejiang province delivers that and much more. The e-commerce behemoth Alibaba put Hangzhou on the map in 1999 by setting up their HQ there and once more in 2016 as the driving force behind CityBrain.

Alibaba and the city of Hangzhou aimed to accomplish the unprecedented task of bringing large scale artificial intelligence into city management, where city infrastructure and systems could be altered on the fly. An artificial intelligence model is as good as the data its fed, and thus began the Hangzhou’s quest to gather every last drop of data possible. Each and every citizen is tracked – their transactions, their location, their commutes, even their social profiles – and their data is fed directly into CityBrain.

A Hangzhou Resident Card is people’s lifeline – identification, credit card, and access to every government service is provided through that one plastic card. 8 million citizens’ total dependence on this card streamlines the city’s data collection process. Another set of data that was fed into CityBrain is the usage of all the infrastructure facilities, such as water supplies and electricity distribution, to name a couple. The most impressive (and scary!) data collection however is the real-time analysis of their city wide cameras. Alibaba has utilized every traffic camera on the road for instant analysis, building the only system in the world capable of processing such massive amounts of data in real-time.

Over time, CityBrain has developed a strong neural network and Hangzhou has seen remarkable results ever since.

Seeing such inspiring success in Hangzhou, Alibaba has now partnered with several other Chinese cities as well Kuala Lampur, Malaysia to implement CityBrain there. Going forward, CityBrain will be so much more than a traffic tool – delivering urban services to your residents becomes efficient and accurate. By throughly understanding a city’s residents, infrastructure, ecosystem, and existing problems, CityBrain is poised to deliver custom tailored solutions and insights to any city.
Obviously, for this to work in Hangzhou the citizens had to give up virtually all sense of privacy. China has traditionally been a place where extremely ambitious projects have flourished, but it will be interesting to see if and how the rest of the world will adopt this model.

Estonia and Hangzhou have very different requirements, priorities, and sizes, but it’s interesting to note that the technologies that each city has invested in is meant to be massively scalable. As these technologies grow and improve, it’ll be fascinating to see the solutions that other countries come up with. I’m predicting that we’ll see most developing countries use services that have been established elsewhere to rapidly improve living conditions and services for their citizens. Contrastingly, I think that the developed nations are going to be the ones that will lag behind as they have to rethink and rebuild their existing infrastructure.